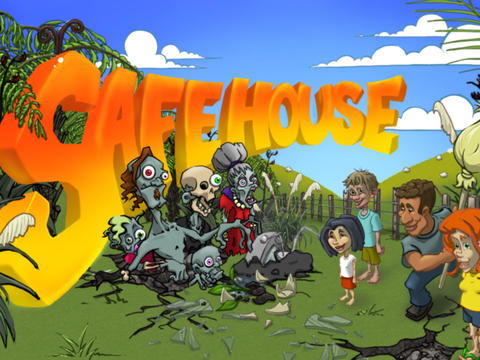 Swarms of zombies are reported to have entered a Kiwi home, leaving a trail of dangerous hazards for humans in their wake!

The game’s ultimate purpose is behaviour change and injury prevention. Safe House is a ‘serious game’ that shows people of all ages the consequences of hazards and falls around the home in an engaging way. It’s both a fun game and educational.

The game is available online at www.safehouse.co.nz, and as an app for iPhone and android smartphones.

ACC Programme Manager Frances Broatch says “Every year, more than 10,000 Kiwis need to take a week or more off work because of a home fall, so we’re exploring innovative ways to encourage people to take more care.

“Players of Safe House will learn a lot about common hazards in the home, which is where most injuries happen.”

Ms Broatch says this is the first time ACC has supported a ‘serious game’ as part of its injury prevention work, and will evaluate it to assess the merit of supporting similar initiatives in the future.

“Research shows that games don’t just communicate messages, they make people experience those messages. This is a key difference that sets them apart from other types of communication.” 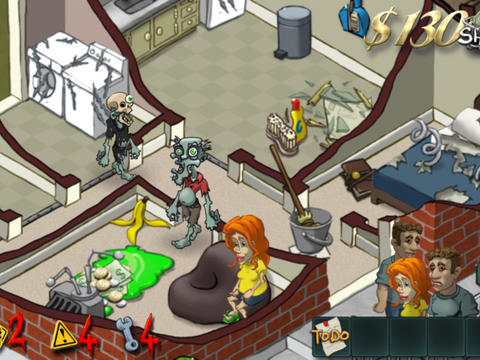 “With this game, we’re targeting people in the 20-40 year-old age bracket, because contrary to popular belief, it’s not just older people and the very young who get injured at home.”

Of course, Safe House is first and foremost a game, and InGame Director Stephen Knightly says it’s been designed to be both exciting and challenging to play.

“Safe House is a twist on zombie survival games, but players don’t have any guns or traditional weapons, so they must figure out how to use everyday household objects against the invading zombies. The game is also full of little surprises for experienced game players to discover.”

The Safe House game was one of the winning ideas in ACC’s 2012 ‘Idea Nation’ competition, which sought innovative ways to reduce falls around the home.

Players of Safe House must keep a family safe from both a zombie invasion and everyday household hazards. In the process they learn how to avoid hazards, look out for each other and see that seemingly benign hazards can be just as deadly as zombies.

Players are challenged to scale five levels of increasingly menacing zombie attack, by successfully removing both the zombies and the hazards they inflict.

By experiencing the consequences of injuries and falls in a safe, game environment, players can learn valuable lessons about how to stay safe in real life.