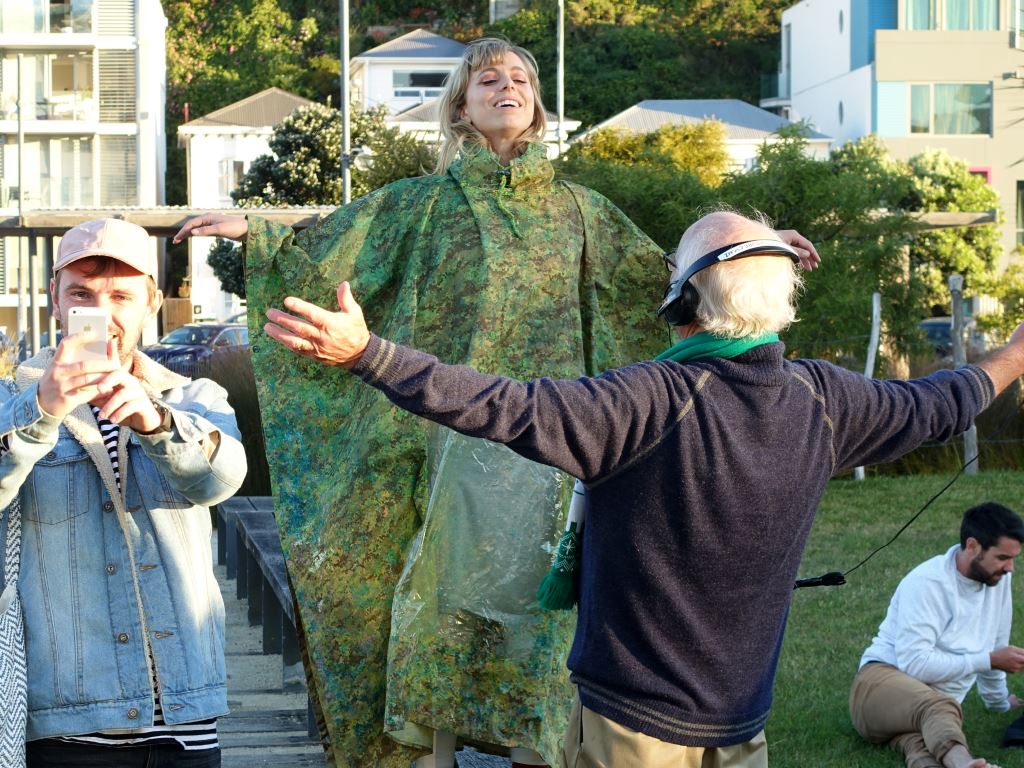 InGame worked with Binge Culture, a collective of Wellington-based artists, to re-imagine theatre for the app age.

The result was the hilarious ‘audio tour’ app and experience Ancient Shrines and Half Truths. Mixing theatre with mobile apps, audiences are given a mobile phone, headphones and a audio tour app that guides them through the neighbourhood to various ‘shrines’ and encounters with colourful characters. The app provides branching pathways, some clever crowd-control timing and several surprises along the way. By the end of the experience, audiences may find themselves reconsidering their role as both tourists and locals, and as both voyeurs and participants.

Ancient Shrines and Half Truths premiered at the Edinburgh Fringe Festival in 2017 and has since played at festivals in Wellington, Hamilton and Melbourne with localised stories and content.